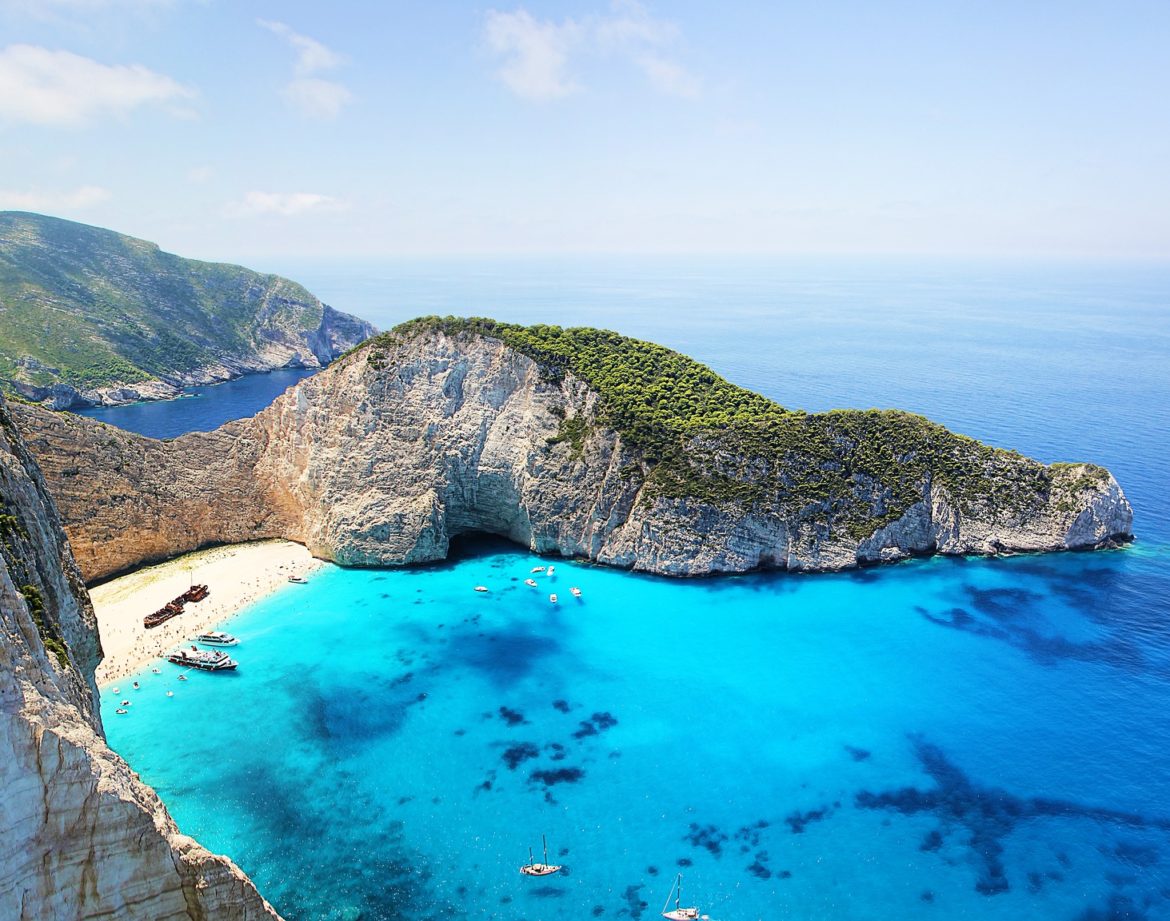 Zakynthos or Zante is the southernmost of the Ionian Islands or Eptanesa (7 islands). Zakinthos, along the rest of the Ionian island, has been ravaged by frequent earthquakes. It takes its name from Zakynthus the son of the king of Phrygia Dardanus. It is believed that Zakinthos was part of the Odysseus kingdom of Ithaka.

During WW II the island was occupied by the Italians and later by the Germans who held it until 1945. In 1953 a terrible earthquake shook the Ionian islands and cause massive destructions in Zakinthos. Since then it has been rebuilt but many charming old buildings have perished. Zakynthos is the birth place of the poet Dionysios Solomos (1798-1857) who wrote the Hymn to Liberty, the Greek national anthem.