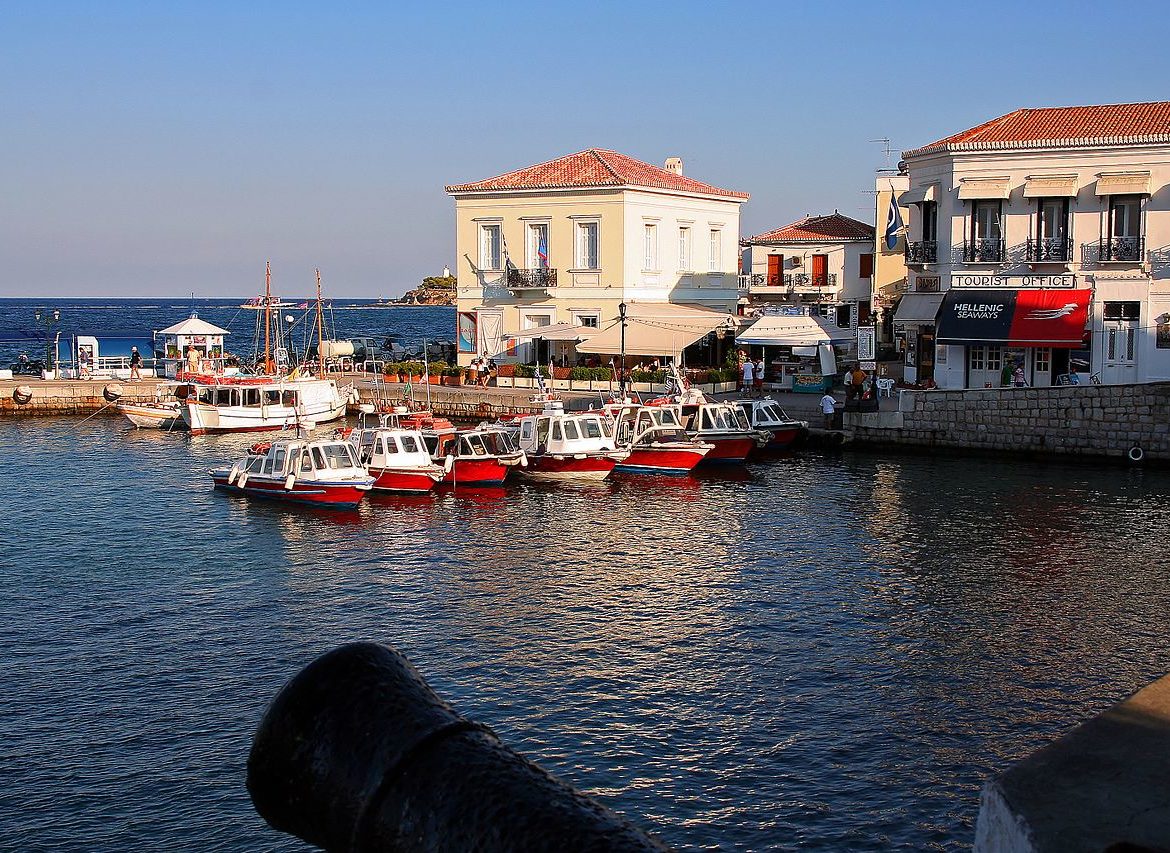 Spetses is an affluent island and a municipality in the Islands regional unit, Attica, Greece. It is sometimes included as one of the Saronic Islands. In ancient times, it was known as Pityoussa, and later as Petses. The island is now an independent municipality, with no internal boundaries within the municipality. The town of Spetses is the only large settlement on the island. Also part of the Municipality of Spetses are the islands of Spetsopoula, Falkonera, and Velopoula (all uninhabited).

An unusual aspect of Spetses is the absence of private automobiles in the town limits. The most common modes of transport are walking, horse-drawn carriages, bicycles, mopeds, and motorcycles. Only taxis and delivery vehicles are allowed in the downtown area.