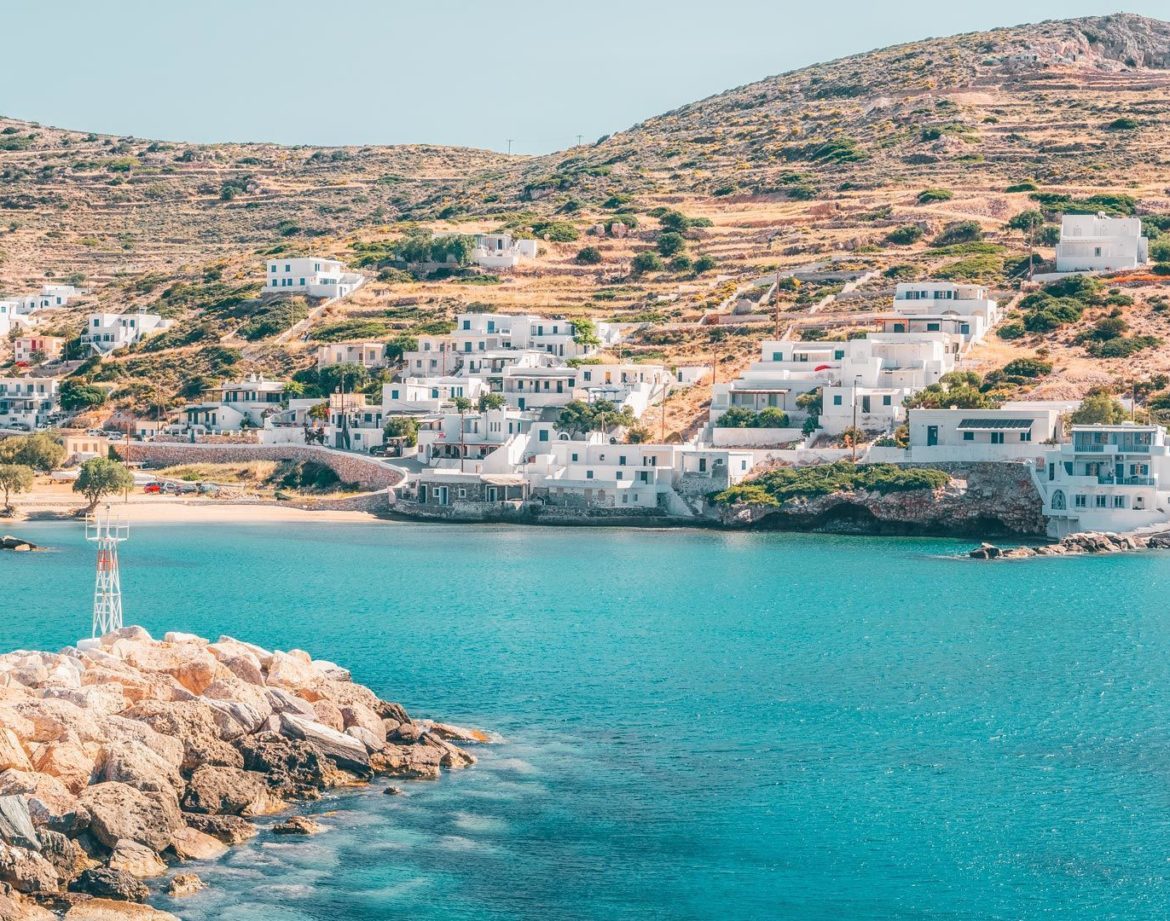 Sikinos is a Greek island and municipality in the Cyclades. It is located midway between the islands of Ios and Folegandros. It was known as Oinoe (Island of Wine) in Ancient Greece. It contrasts with nearby islands, such as Ios, in being quiet and relatively less developed. There are two villages, “Allopronia” on the south sea side, being the port, and another higher up in the hills being the chora. The chora up on the hills is composed of two settlements adjacent to each other, “Castro” to the west and “Chorio” to the east. There are a handful of tavernas in the harbor. The beach at the harbor is one of two large sandy beaches on the island. Several ancient ruins rest on the island, although some are remote. Much of the island is very difficult to access due to the terrain. Nearly all of the island’s area is covered by terraces once used for extensive agriculture. Now only a handful are used across the island, most operating on government subsidies.