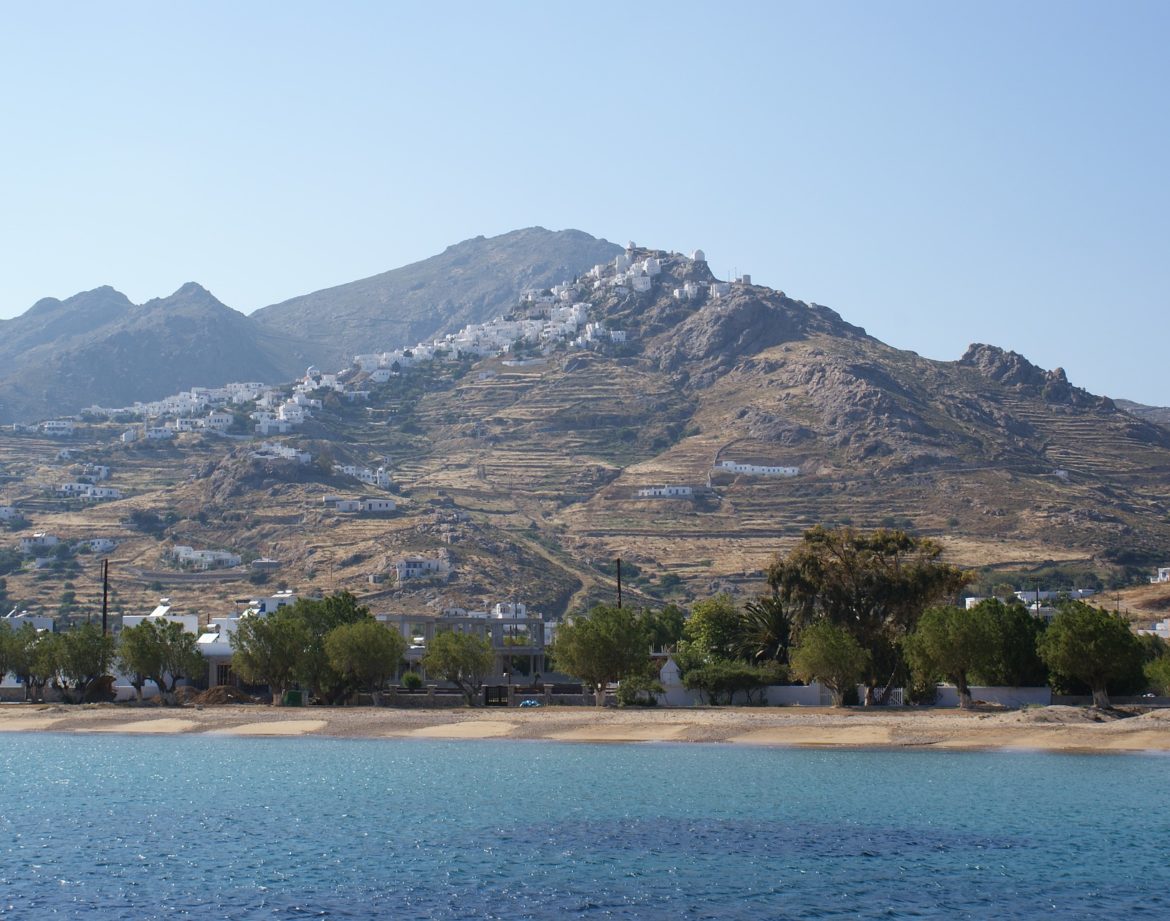 Serifos is a Greek island municipality in the Aegean Sea, located in the western Cyclades, south of Kythnos and northwest of Sifnos. In Greek mythology, Serifos is where Danaë and her infant son Perseus washed ashore after her father Acrisius, in response to an oracle that his own grandson would kill him, set them adrift at sea in a wooden chest. When Perseus returned to Serifos with the head of the Gorgon Medusa, he turned Polydektes, the king of Serifos, and his retainers into stone as punishment for the king’s attempt to marry his mother by force.

In antiquity the island was proverbial for the alleged muteness of its frogs. During the Roman imperial period, Serifos was a place of exile. After 1204 it became a minor dependency of the Venetian dukes of the Archipelago. In the late 19th century Serifos experienced a modest economic boom from exploitation of the island’s extensive iron ore deposits. The mines closed in the 1960s, and Serifos now depends on tourism and small-scale agriculture.