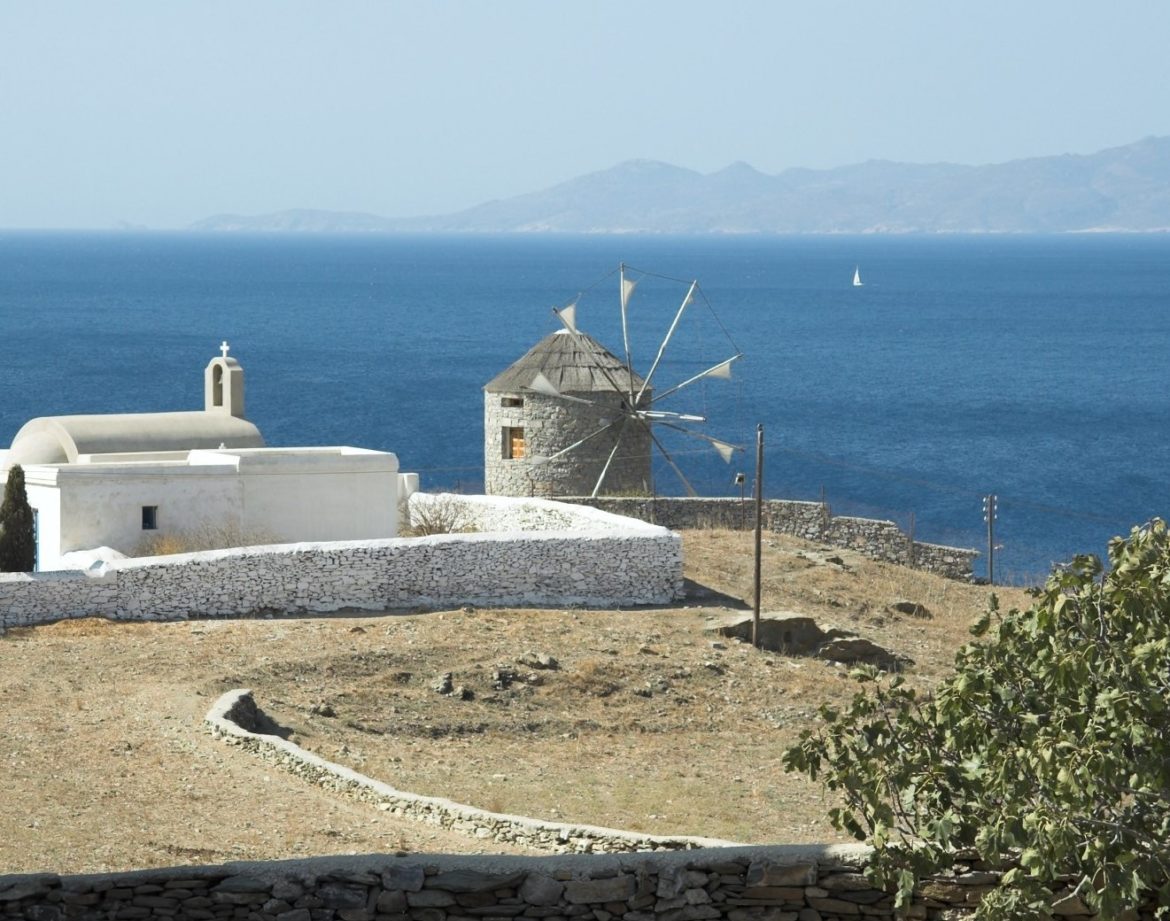 Schoinousa is located in the south of Naxos, in the middle about of the Lesser Cyclades island group. It is the fourth largest island of the Lesser Cyclades and the second most populated, after Ano Koufonisi. The island has three settlements, Chora the capital of the island, Mesaria and Mersini where is the port of the island. The derivation of the name Schinoussa is not precisely known. It is believed that the name either derives from the corruption of the ancient name Echinousa or from a Venetian nobleman named Schinoza. Schoinousa has been inhabited since antiquity. On the island there are sites of archaeological interest including Greek and Roman ruins, ruins of a Byzantine church and a small medieval castle. From the 11th century the island was the property of the Hozoviotissa Monastery on the nearby island of Amorgos.