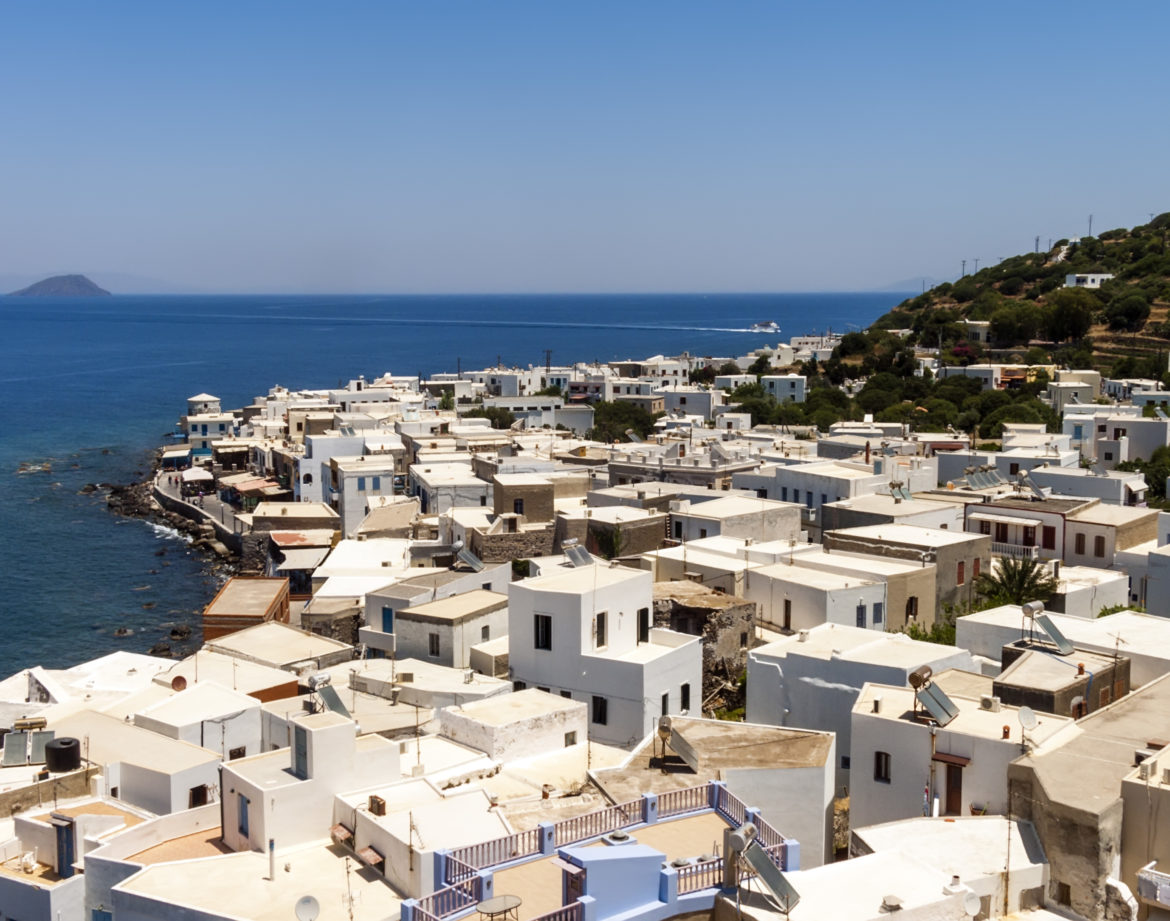 Nisiros is an almost square shaped island with an active volcano whose caldera is about 4 km in diameter and is a “must visit” site. The island has an area of 41.6 km2 and a diameter of 8 km. Legend has it that Nisiros was a large boulder which during the battle of the Titans, Poseidon removed from Kos and hurled at the Titan Polyvotes, whom he crushed. Niseros is remote enough that several traditional customs still prevail.
If one is lucky, one can still come across musicians playing traditional music. Most yachts head for the harbour of Pali roughly in the center of the north coast. The ferry harbor of Mandraki further west is not really suitable for yachts. Yiali is a small island is located 3 nmi NW of Nisiros. The island is an active quarry but has a sheltered anchorage on the south side.