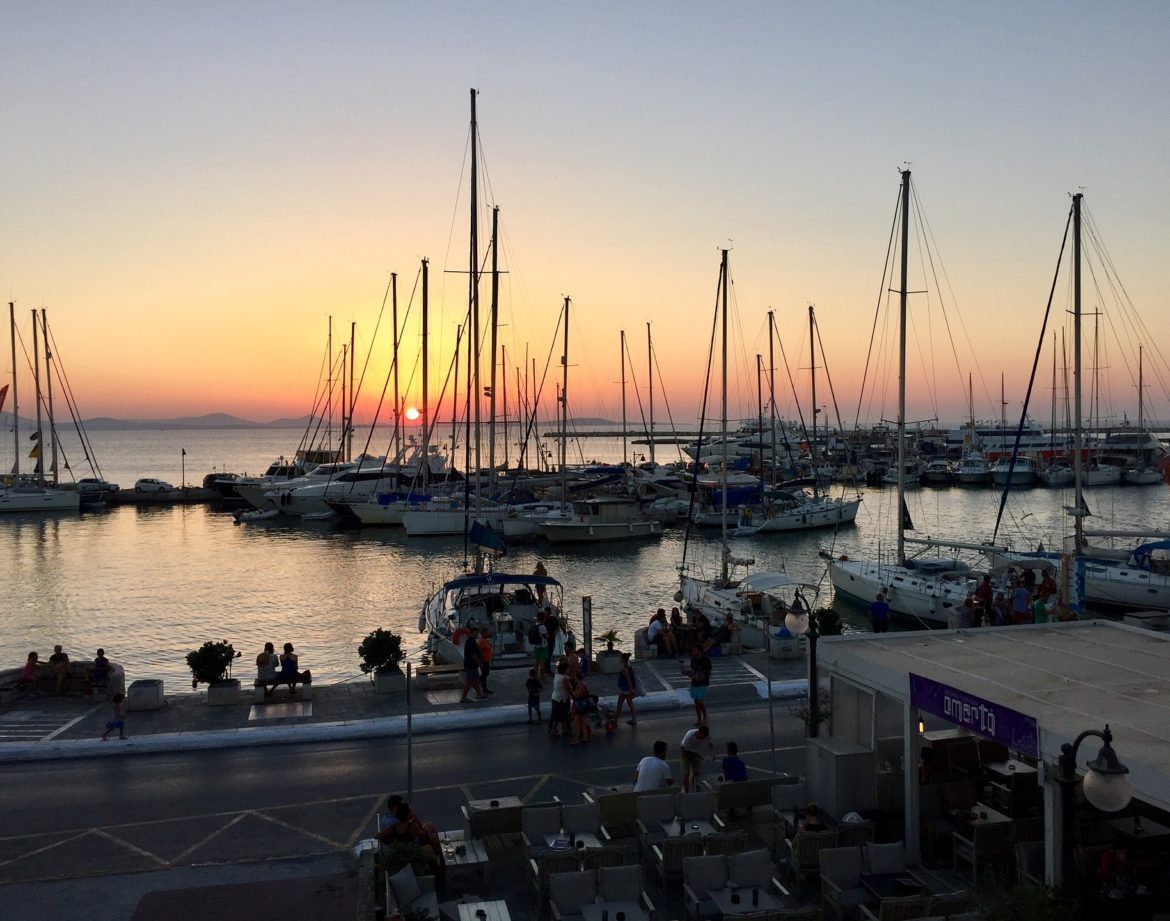 Naxos is a Greek island, the largest of the Cyclades island group in the Aegean. It was the center of archaic Cycladic culture. The island is famous as a source of emery, a rock rich in corundum, which until modern time was one of the best abrasives available.

The largest town and capital of the island is Chora or Naxos City, with 6,533 inhabitants. is a popular tourist destination, with several ruins. It has a number of beaches, such as those at Agia Anna, Agios Prokopios, Alikos, Kastraki, Mikri Vigla, Plaka, and Agios Georgios, most of them near Chora. As other Cycladic islands, Naxos is considered a windy place perfect for windsurfing, as well as kitesurfing.

There are seven sports clubs in the island that offer both of these sports and other water activities.