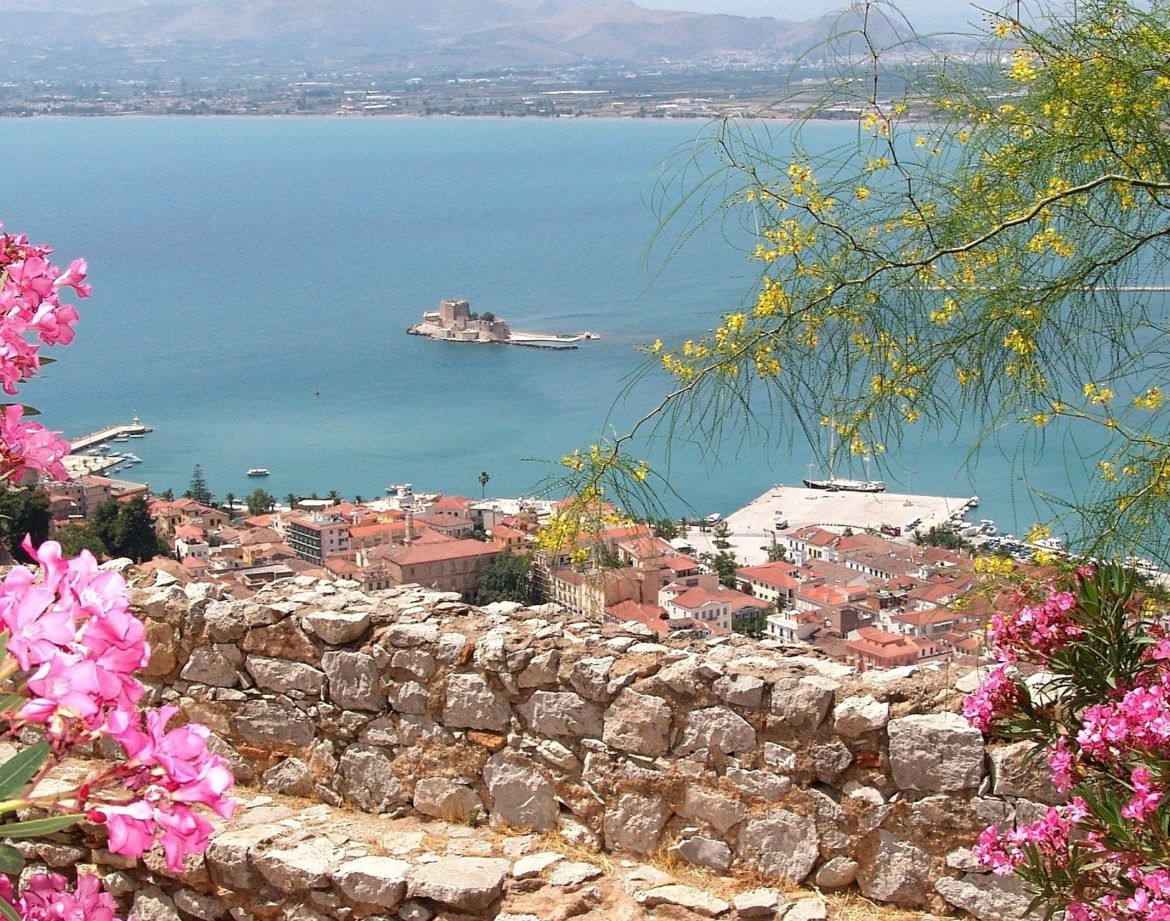 Nafplio is a seaport town in the Peloponnese in Greece that has expanded up the hillsides near the north end of the Argolic Gulf. The town was an important seaport held under a succession of royal houses in the Middle Ages as part of the lordship of Argos and Nauplia, held initially by the de la Rochefollowing the Fourth Crusade before coming under the Republic of Venice and, lastly, the Ottoman Empire.