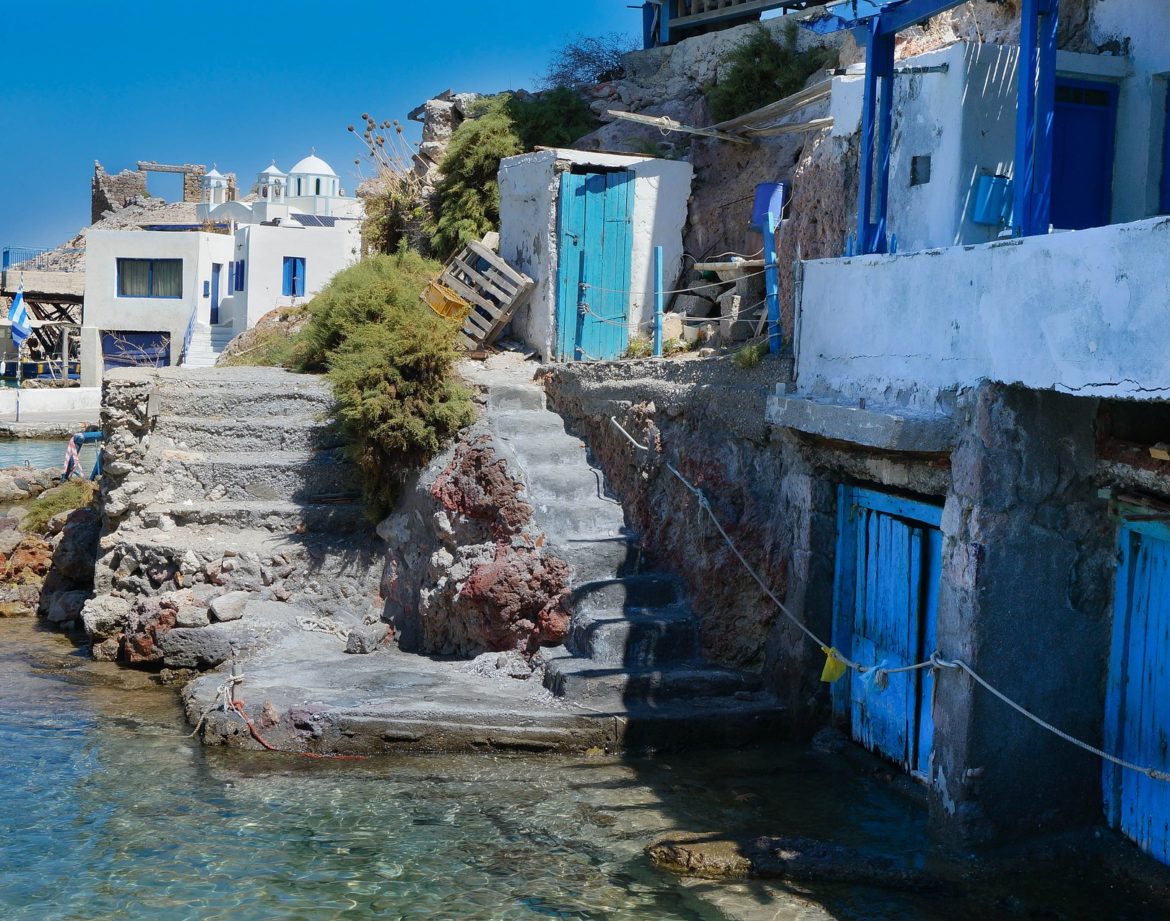 Milos is a volcanic Greek island in the Aegean Sea, just north of the Sea of Crete. Milos is the south westernmost island in the Cyclades group. The island is famous for the statue of Aphrodite (the “Venus de Milo”, now in the Louvre), and also for statues of the Greek god Asclepius (now in the British Museum), the Poseidon and an archaic Apollo in Athens.

Milos is a popular tourist destination during the summer. The Municipality of Milos also includes the uninhabited offshore islands of Antimilos and Akradies.