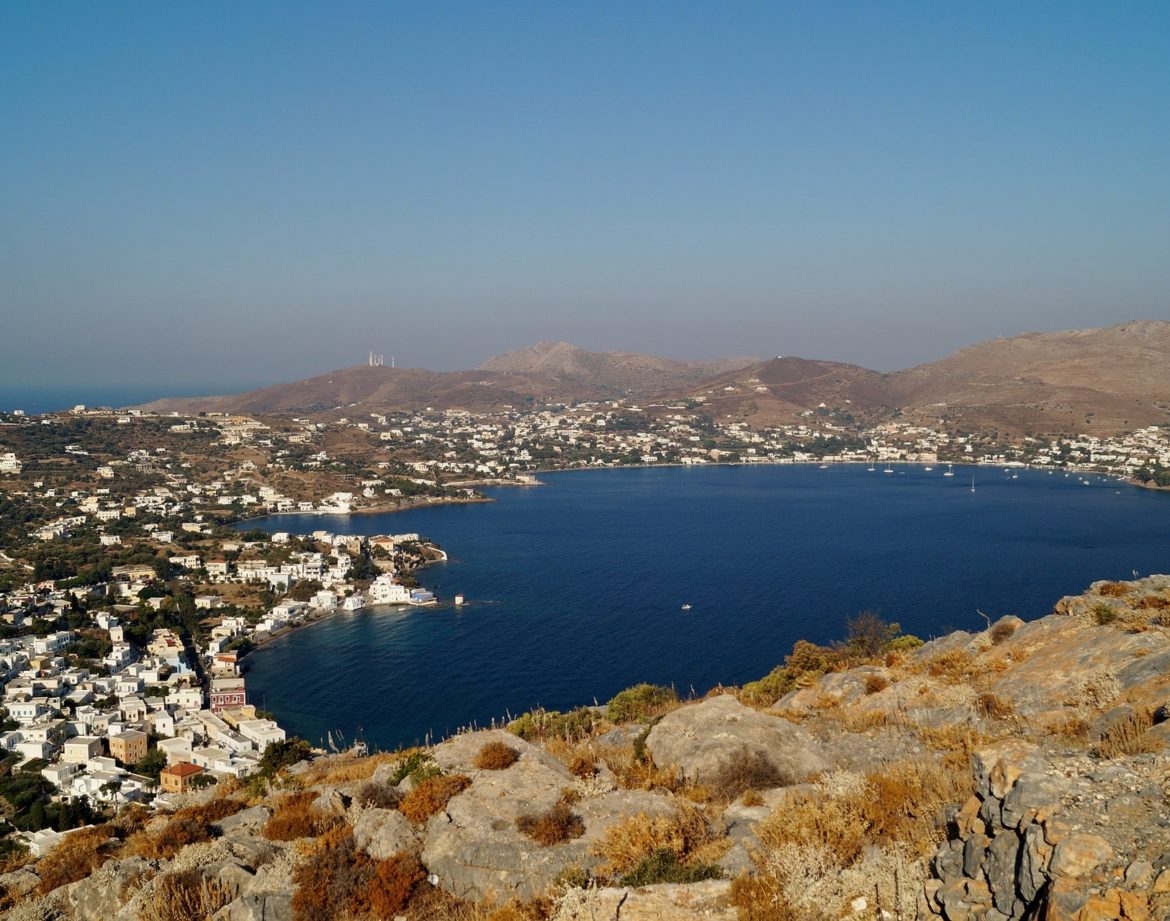 Leros is a fairly low island of 53 km2 and 8,000 inhabitants. It has many beautiful beaches and unspoiled villages and a wildly serrated coastline. Battle of Leros during the WW II when she was bombarded for over 50 days and finally invaded by the Germans in a dramatic landing. During the days of the junta Leros was a place of exile and torture housing the infamous prison of Partheni. The approaches to Leros are straightforward, most of the offshore islets being steep-to.
If approaching the main harbour of Lakki from the north, however, be sure to avoid the group of above-water rocks extending about half a mile offshore just NW of the entrance. With a strong meltemi there are violent gusts when entering the bays of Lakki and Alindas. Also, with strong southerlies there are gusts and large swells in the bay of Lakki.