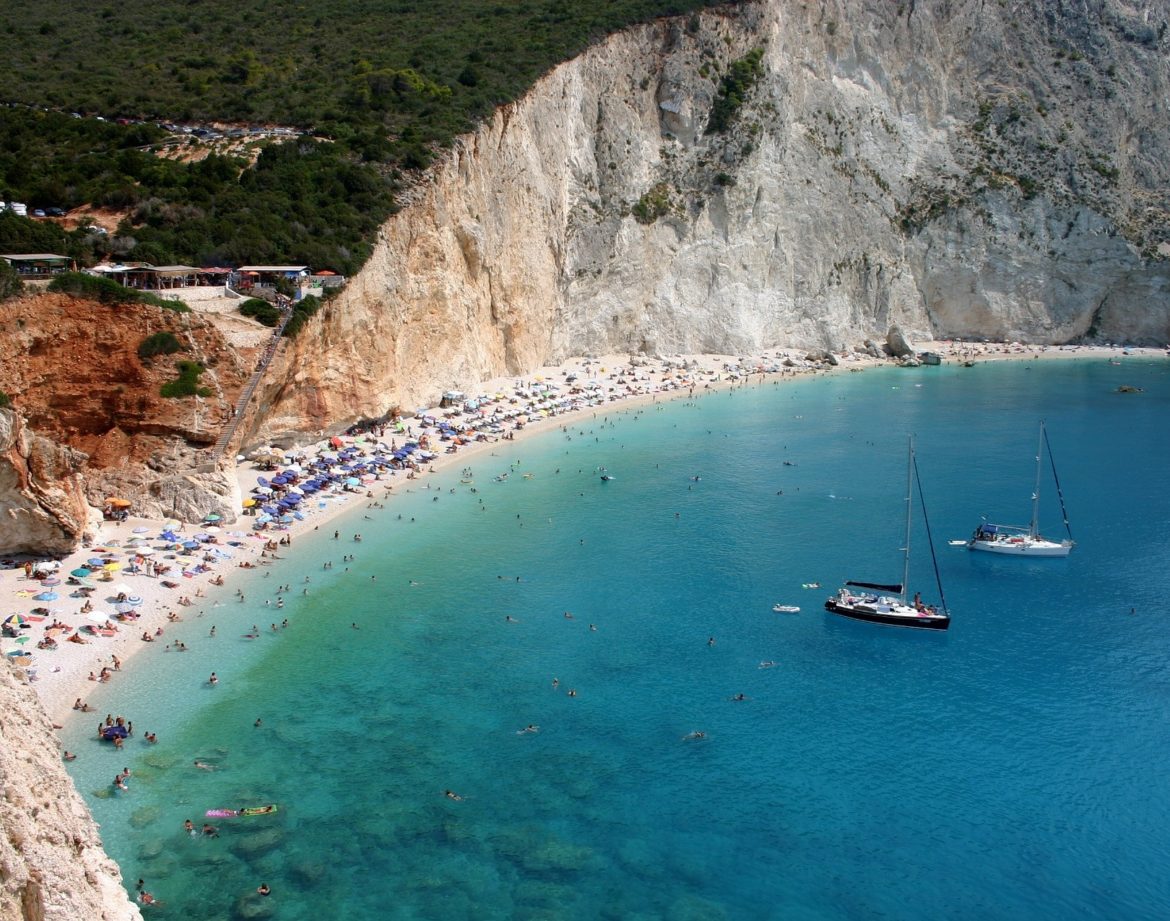 Lefkas lies off the mainland coast of Greece seven miles SW of the harbor of Preveza at the entrance to the Ambrakikos Gulf. Lefkas is, however, not really an island. It was originally connected to the mainland via a shallow isthmus, but the Corinthians around 600 BC constructed a canal which has ever since divided Lefkas from the Greek mainland. The island is hilly with numerous white cliffs which give it its name: white one.

For cruising yachtsmen, the harbors and anchorages at or near these towns – all of them on the East or South coast – represent the island’s chief interest. While the west coast has some very attractive beaches and fishing settlements, there are no sheltered harbors or anchorages suitable for yachts. During the summer, Lefkas and especially its capital, Lefkas Town, are thronged with tourists, both land and yacht-borne, arriving from the nearby airport at Preveza or the numerous boatyards and charter bases around Preveza and the Inland Sea.